Is it Ebola, or just a drill? How to test a public health crisis response

There wasn’t an Ebola outbreak in Lesotho – but for a few hours in November 2019, you may have heard that there was.

On November 14, Lesotho public health authorities conducted a simulation exercise involving a woman who was rushed to hospital and tested positive for Ebola after crossing the border from South Africa. Media picked up on this event and reported it as if it were true. But a few hours later it was revealed that there had been no Ebola case in Lesotho, and this event was only a drill.

What is a simulation exercise?

A public health simulation exercise is a test of an emergency response system. Simulation exercises are used to develop emergency response protocols, train staff, and monitor and evaluate the capability of the public health system to respond to emergencies. Regular exercises make it possible to identify areas for improvement and ensure that a health system will be able to respond appropriately to a true crisis.

The simulation in Lesotho was a full-scale exercise. This is the most complex type, intended to mirror real-life emergency situations as closely as possible. It tests many components of an emergency plan and may involve many organisations and multiple countries. Full-scale exercises are immensely valuable for testing emergency management plans under close-to-real conditions. But they are difficult to plan and can cause alarm in the wider community if not executed thoughtfully and deliberately.

Planning a simulation exercise should involve discussions with key stakeholders about the purpose, scope and objectives of the exercise. An exercise management team should be created to develop and conduct the exercise. This will typically include a project management plan, identification of participants and logistics management.

The people being tested – such as local health workers – should not be told that they are undergoing a simulation exercise. After all, the purpose is to assess what would occur in a true emergency. That said, key stakeholders who are not being tested should be made aware that a simulation exercise is under way. Otherwise they may respond as if there were a real crisis, leading to unnecessary mobilisation.

Key stakeholders may include the leaders of ministries such as health, information and internal affairs; members of the media; and leaders of partner organisations who may be involved in a public health response. If the simulation involves multiple countries, stakeholders in each country should be informed.

Stakeholders should be informed in advance and updated while the simulation exercise is under way. It is very important that the word “simulation” or “exercise” is displayed prominently in all communication.

Media organisations should be informed ahead of time. If news media outlets hear about the event but are unaware that it is a simulation, they may report it as if it were true. This can cause unnecessary panic.

WHO guidelines for simulation exercises recommend creating a strategy to communicate with media, local communities and the public. There should be a designated media point person and clear lines of communication should be publicised. News outlets should be able to contact the exercise management team and receive reliable information.

The exercise will begin with a message sent containing the prompt. In a full-scale exercise, teams of health workers are physically deployed to the location to respond as they would in an actual emergency. Actors may play the role of patients – for example, in a simulation exercise testing infection prevention control and management, an actor may play a person who is exhibiting Ebola symptoms. The exercise management team will observe and evaluate the emergency response.

If the initial team of health workers fails to respond appropriately, the exercise management team will escalate the response to the next level. For example, if health workers at a village clinic fail to properly isolate a suspected Ebola case, the management team may call an ambulance, and then test how the ambulance workers respond. Eventually, the response could grow to the national or international level.

A full-scale simulation exercise will last for at least one day and up to four or five days. At the end, the project management team will review what happened and whether the response was appropriate. Findings are used to improve emergency protocols, train staff and solve other problems that arose.

It’s difficult to determine if Lesotho’s public health simulation exercise was a success because lessons about emergency preparedness were overshadowed by panic. With proper planning and management, Lesotho and other countries can conduct future simulation exercises without making headlines.

Tweet
Tags:
Ebola outbreak
Can African smallholders farm themselves out of po...
From slavery to colonialism and school rules: a hi... 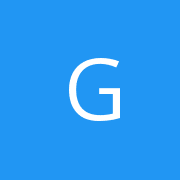